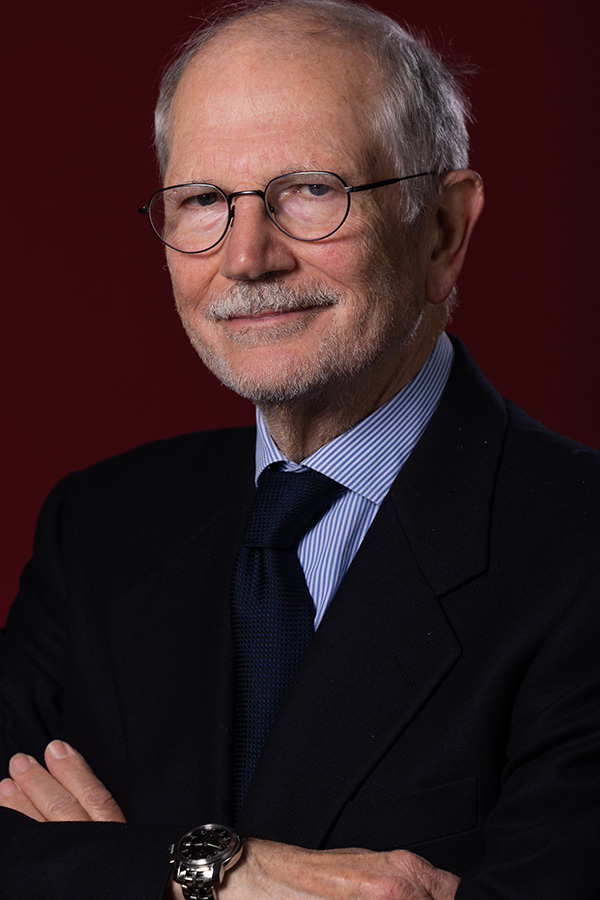 Alessandro Pajno, first State Attorney, then State Advocate, then State Counsel, was President of the Council of State until 2018.

He has held the positions of Secretary General of the Council of State, Secretary General of the Presidency of the Council of Ministers, Special Commissioner for the Government for the completion of administrative federalism.
He was chief of staff to Ministers Mattarella (Public Education), Jervolino (Public Education) and Ciampi (Treasury, Budget and Economic Planning). In the 15th legislature – II Prodi government – he served as Undersecretary of the Interior, and was designated by the Council of Ministers as responsible for guiding and coordinating the process of implementing the legislative simplification activity referred to in Law 246/2005.

He was, also, a member of the Strategic Steering Committee for the introduction of the Euro, the Legal and Policy Committee of the National Research Council. He is currently a member of the Central Tax Commission and the Italian Section of the International Institute of Administrative Sciences.

You can find out more about which cookies we are using or switch them off in settings.

This website uses cookies so that we can provide you with the best user experience possible. Cookie information is stored in your browser and performs functions such as recognising you when you return to our website and helping our team to understand which sections of the website you find most interesting and useful.

Strictly Necessary Cookie should be enabled at all times so that we can save your preferences for cookie settings.

If you disable this cookie, we will not be able to save your preferences. This means that every time you visit this website you will need to enable or disable cookies again.

This website uses Google Analytics to collect anonymous information such as the number of visitors to the site, and the most popular pages.

Please enable Strictly Necessary Cookies first so that we can save your preferences!